You are here: Home / Corporate News / DDLETB Festival of Music 2018 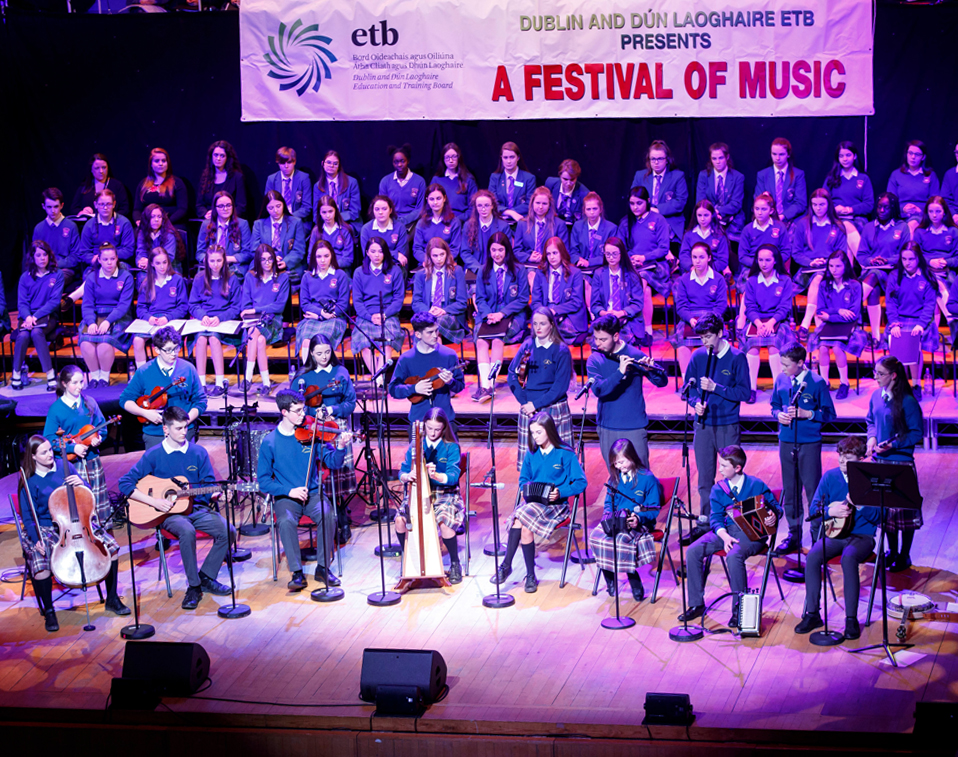 Imagine the initial disappointment of having to cancel the Festival due to the snow on Wednesday Feb 28th after all the preparation by the students, teachers and organisers. From the auditions in November to the three choir rehearsals everyone had worked so hard. On contacting the National Concert Hall a few days later, we were delighted to be able reschedule for Tuesday Mar 13th.

It is a fantastic tribute to all involved, students, members of staff of Head Office, the schools and the National Concert Hall that all was ready for the Festival for the new date. What a night it was! The talent of all the students who took part was plainly evident. But talent will only get you so far. What the students and their teachers did by their hard work and practice resulted in a concert of high musical and performance standard. Soloists, groups and school choirs were an absolute joy to listen to. The massed choir of the DDLETB was outstanding demonstrating their talent and ability to perform various different styles of music. Those 180 students and their Musical Director, Ms. Vanessa Butler, deserve the highest praise. The choir offers the only possibility for students from across the DDLETB to perform together and that is a magnificent opportunity.
Paul Kingston, Carmel O’Neill and Aoife Staunton