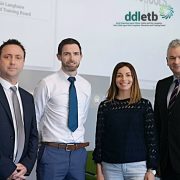 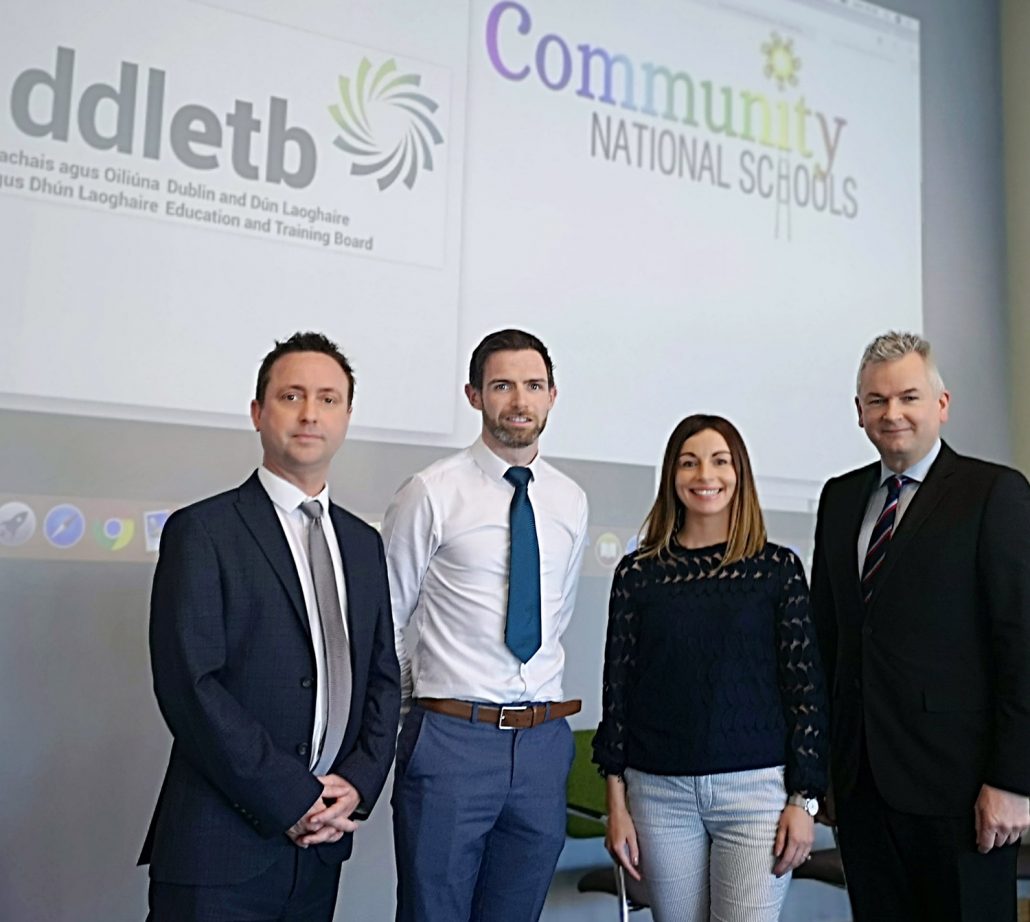 “DDLETB have a strong presence in the Swords Community through our existing post-primary schools Fingal Community College, St. Finian’s Community College and Swords Community College. We are grateful to the people of Swords for entrusting the opening of their new primary schools to us. We wish our newly-appointed Principals every success in their roles,” said Paddy Lavelle, CE of Dublin and Dún Laoghaire Education and Training Board.
Adrian P. Flynn, Director of Schools with DDLETB, a Swords resident and former Deputy Principal in St. Finian’s Community College went on to say “DDLETB provide the administrative support to schools that ensure our schools can concentrate on what really matters to students and their families which is providing the highest quality teaching and learning experiences. I have enjoyed huge support, through my capacity as a teacher and Deputy Principal in Swords, and I know that the community will rally behind Anne and Michael as they begin the process of starting our new schools to serve the needs of the next generation of Swords families.”
Newly-appointed Principal Anne McArdle added “I am honoured to take on this very important role in Rivervalley. I would like to thank Paddy, Adrian and everyone in DDLETB for the support to date. If parents would like more information regarding the opening of Rivervalley Community National School, please contact me via email on rivervalleycns@ddletb.ie.”
Michael Byrne concluded by saying “I am delighted to be given this opportunity to contribute to the educational provision in Swords through DDLETB. I am excited about our new school, to be located off the Rathbeale Road on the same campus as Swords Community College, and I encourage parents to contact me via email on broadmeadowCNS@ddletb.ie about our enrolment and further details about the school.”
Community National Schools are the state’s response to the increase in diversity in Irish society. The core pillars of this 21st-Century school patronage model are multi-denominational, Community Focused, Equality Based, and Excellence in Education. The Department of Education and Skills held a public consultation in 2018 to determine who the patron of the new schools should be. Dublin and Dún Laoghaire Education and Training Board were selected, ahead of Educate Together, An Foras Pátrúnachta and Scoil Sinead, to open both primary schools in September 2019.
https://www.ddletb.ie/wp-content/uploads/2019/05/Swords-Primary-School-Principals-2019-Featured.jpg 757 958 Jennifer Farley https://www.ddletb.ie/wp-content/uploads/2018/02/logo-1-1.png Jennifer Farley2019-05-20 07:31:402021-12-13 14:06:34Rivervalley CNS and Broadmeadow CNS will open in September 2019
Scroll to top