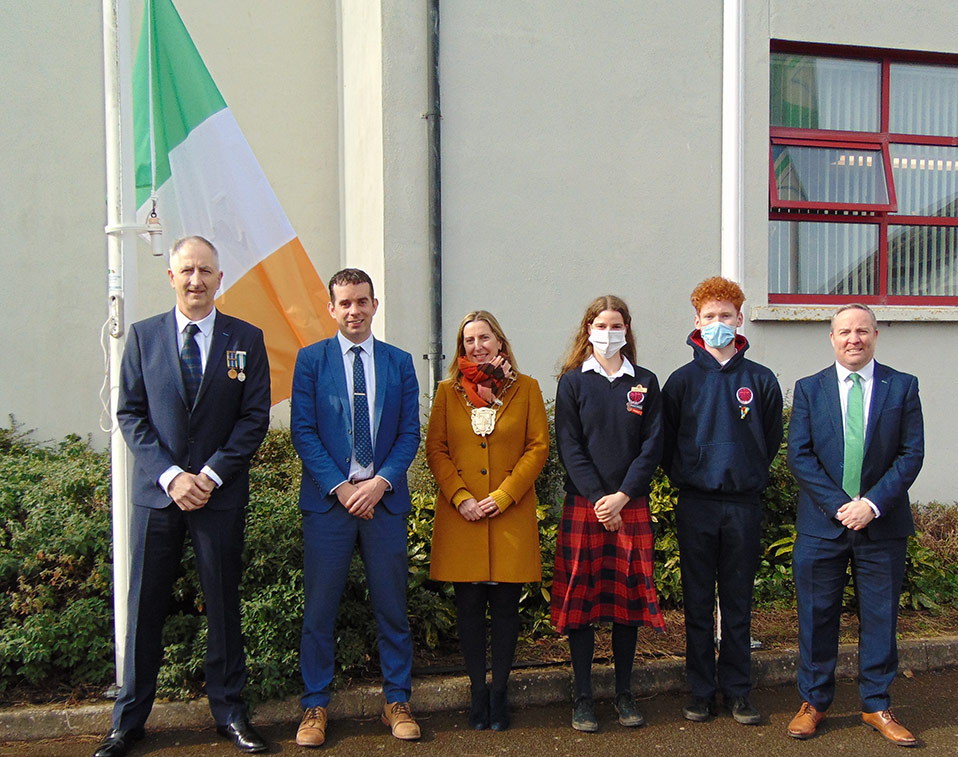 Skerries Community College recently had a flag-raising ceremony to celebrate a 100 years of Irish independence. Below, Eamonn O’Reilly, teacher at the school gives some history and describes the Flag Raising Ceremony.

Skerries, has always had a rich history , dating back to the days of Saint Patrick attempt to convert the natives, and what they did to his goat and to Viking invasions.

However, today we are here to celebrate Ireland’s 100 years , since independence.
100 years ago, Ireland was one of the first countries, to throw off the mantle of British imperialism.
It was a small country starting its life, emerging like the rest of Europe from the devastation of the Great war.
Our Flag represents how the two communities, at the time, both protestant and catholic, could come together to form one nation. 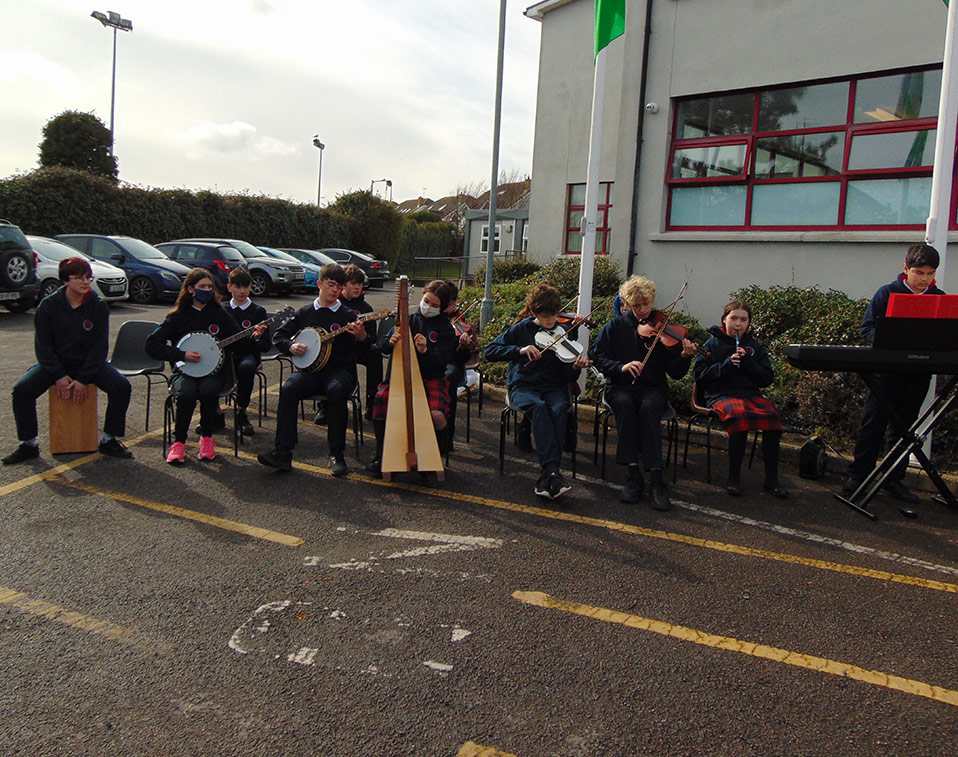 So, 100 years on. Ireland, a small nation on the periphery of Europe, shows, now, more than ever, to the rest of Europe, how tolerance and understanding, can exist in a country which had, at one time, an extremely troubled past.”
The Mayor of Fingal, was in attendance, we had the national anthem played, by the college’s orchestra and the occasion was signed by the TY sign language class of Ms Brennan.
The head boy and girl hoisted the flag. 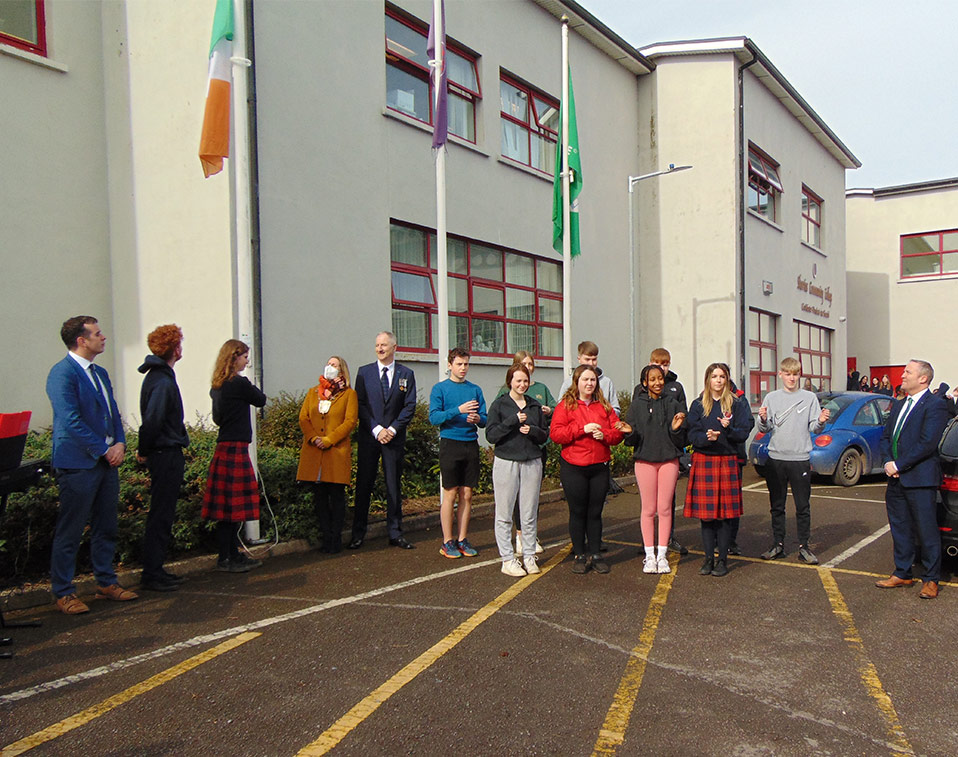