Congratulations to DDLETB DFEI Student Daniel Byrne on his win at The National Student Media 2021 Award last night. Daniel’s film ‘Life in Lockdown’ won the TV Production of the Year award at the “Smedias”. 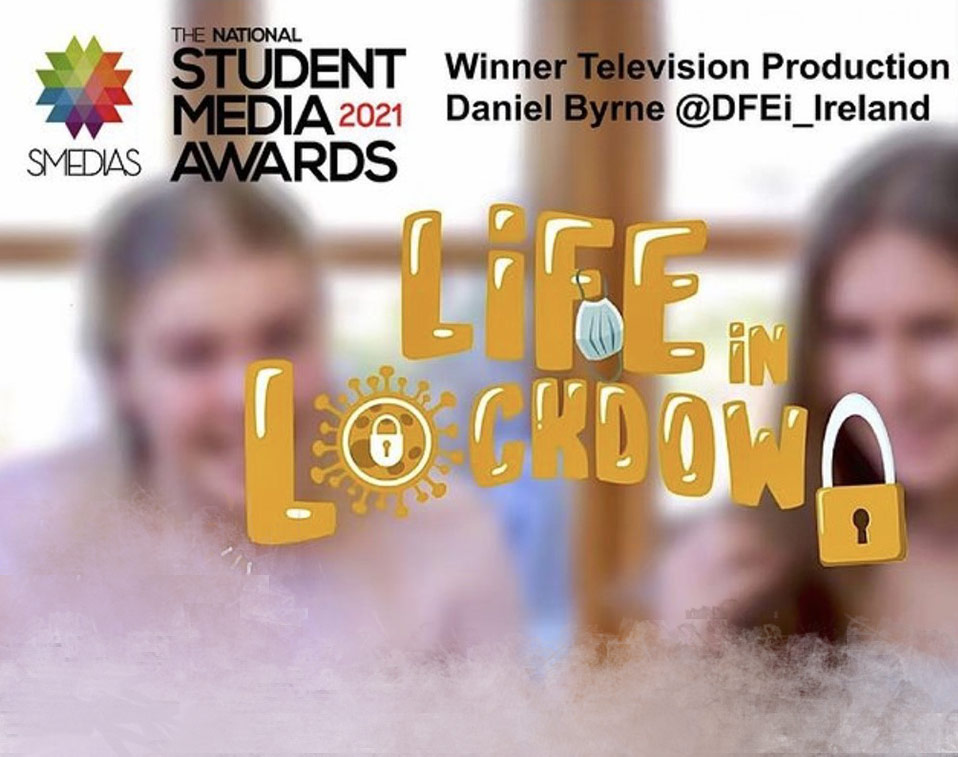 The Smedias allow students to showcase their work in journalism, radio and TV production, broadcasting and writing to prominent figures from the Irish media industry to judge.

Ciara Mahon, manager of Oxygen.ie. said: ‘We are delighted to have another successful year of the Smedia’s, even in an unprecedented situation that we are all living in today.

This year’s standard was phenomenal and we were so impressed with the hard work of these students this year, especially as there was a big jump in entry submissions. “I applaud each and every one of you who participated in the Smedia’s 2021.

This year’s Smedia Awards took place virtually via a YouTube and Facebook live stream celebrating the hard work and efforts of over 240 nominees in 43 highly contested categories.

Despite a global pandemic, the awards went ahead for the 21st year with great enthusiasm and a 60% increase in student applicant entries.