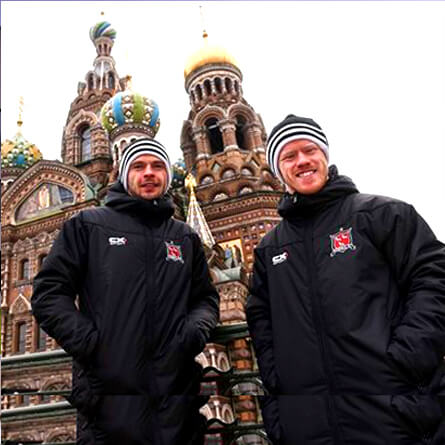 MARTIN O’Neill’s decision to name Dundalk duo Andy Boyle and Daryl Horgan in the provisional squad for Ireland’s FIFA 2018 World Cup Qualifier against Austria has gone down well with those who worked with the pair as youngsters on the FAI ETB courses.

Harry McCue, FAI ETB Co-Ordinator, is particularly pleased to see the pair included in the wider squad for the game in Vienna on November 12 as they are the first graduates of the FAI ETB programme to win senior call-ups.

“I am delighted to send my congratulations to the two lads. It’s a great achievement for both of them and hopefully the start of many caps,” said McCue.

“It’s a great boost for all FAI ETB courses and the SSE Airtricity League as they’re the first lads from the courses to make the senior panel. Daryl was at Salthill Devon and Andy at Shelbourne when they both started on the courses in Castlebar and Dublin respectively.

“They were both very dedicated and focused and deserve all the honours they’ve received. They’ve been very consistent in recent seasons.”

Dundalk are in St Petersburg, Russia, today preparing for tomorrow’s their UEFA Europa League Group D Matchday 4 against Zenit St Petersburg. They were pictured outside the Church of the Savior in St.Petersburg.

The FAI in partnership with a number of Education and Training Boards throughout the country and supported by the European Social Fund are operating Local Training Initiatives that provide a unique blend of educational and football development for talented young footballers.

The renowned programme enables participants who are interested in developing a potential career in football or the sports and leisure industry as well as their level of education enhancing their job opportunities.